In this four week academic project, my team and I imagined how the partnership between Spotify and Ticketmaster could be developed further, so that Spotify could accompany their users’ end-to-end concert experience, from purchasing and building hype, to reliving the concert afterwards.

For this project, I helped design the overall user flow through the digital experience, I designed micro-interactions and animations, helped create the UI prototypes, and created the showcase film and motion graphics.

In July 2016, Spotify announced Super Fan emails, where they send exclusive concert ticket pre-sales codes to the biggest listeners of certain artists. On November 15, 2016, during our experience design course, my team and I proposed the idea that Ticketmaster could partner with Spotify, to make this feature more prominent and more seamlessly integrated into the Spotify ecosystem. 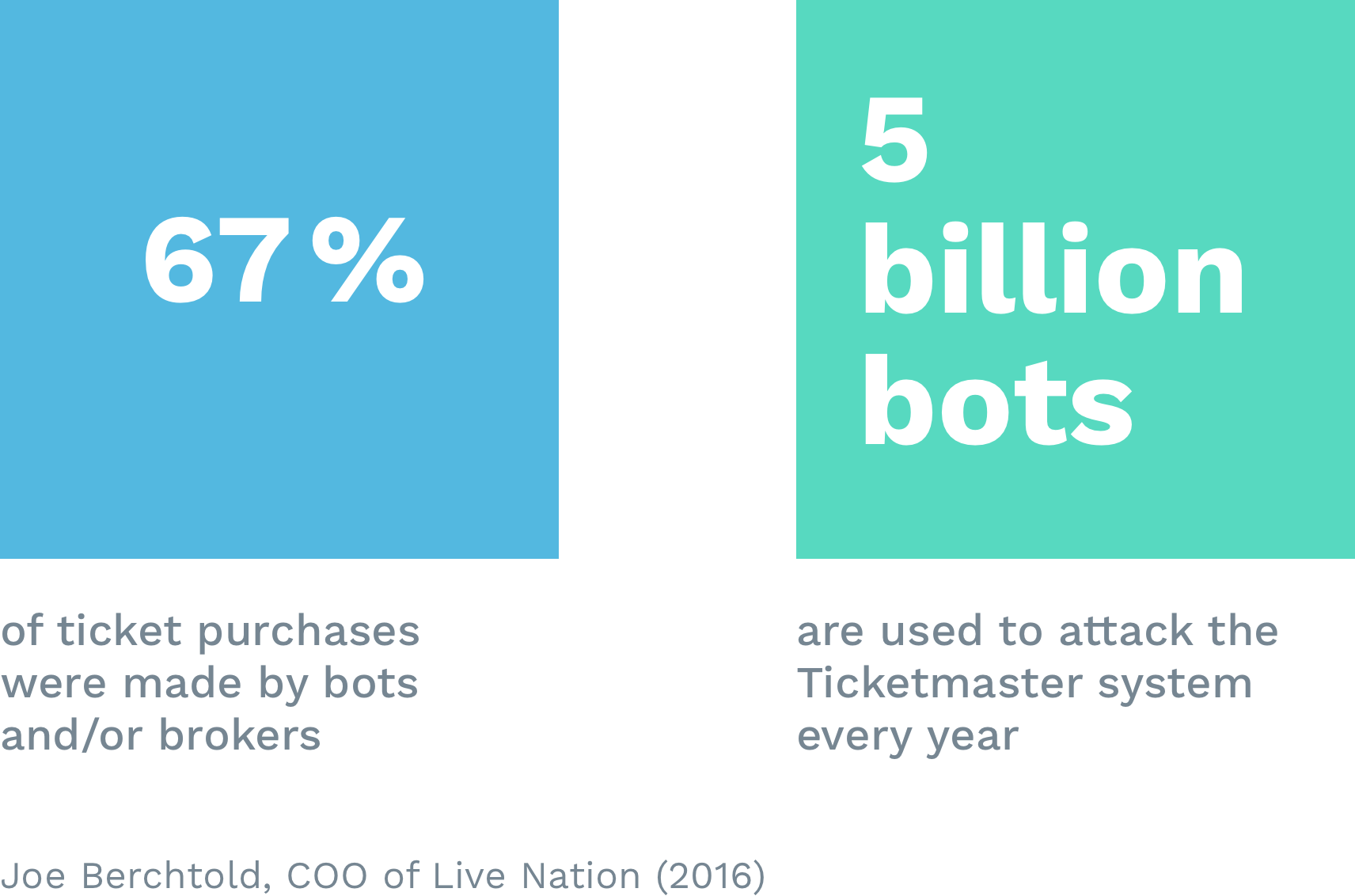 In doing so, our idea was that Spotify would be able to stand out from competing streaming services by providing their customers direct access to one of the biggest ticket retailers in the world. By getting tickets into the hands of data-verified fans, these presales would also help combat ticket scalpers and bots, who currently plague Ticketmaster’s system.

Coincidentally, on November 16, 2016, Ticketmaster announced that they had indeed formed a new partnership with Spotify. As a first step, they annouced that they would just be recommending concerts via email to customers.

We decided to move forward with our project, Spotify Concerts, as an imagination of how this partnership between the two companies could be pushed further in the future. 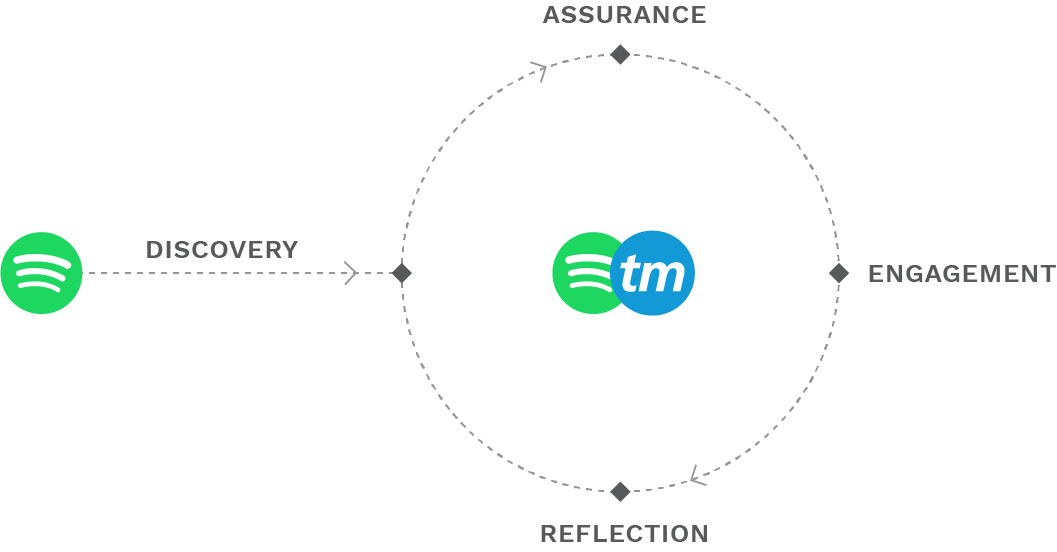 I helped map out and analyze the existing ticket purchasing flows, and Spotify's current "Concerts" experience; tapping on a concert within the Spotify app currently redirects the user to Ticketmaster's mobile web (as of January 2017). I took screenshots of each screen to understand the purchase and payment flow.

Next, I sketched out a user journey framework highlighting the user's current concert experience within the Spotify and Ticketmaster ecosystems. We identified five main stages of the concert experience: discovery (pre-purchase), purchase, pre-concert, concert, and reflection (post-concert).

This helped use identified key painpoints and opportunities where we could intervene, to go beyond concert recommendations, and play a bigger role in defining the overall concert experience.

While we focused on designing for Spotify-certified fans that would have access to exclusive Ticketmaster presales, anyone could purchase tickets through our Spotify experience once tickets are released for general sale. We designed for mobile since we found that there is an increasing trend of consumers buying tickets on smartphones.

We designed in-app and push notifications for recommended and upcoming concerts in Spotify.

Loyal music fans, identified by Spotify’s metrics, are acknowledged as "Certified Fans" and notified to access exclusive pre-sales of their favourite artist within Spotify.

They can choose through a filtered list of seats...

...or view the floor map to make a more detailed selection.

Once the user has finished selecting, they can pay through the app to receive digital tickets...

...and can send the tickets to their friends.

There is a lack of follow-up after purchasing a ticket, where some people purchase tickets months in advance, and may forget about the concert.

In the days leading up to the concert, we can send a quick reminder to the user, and leverage Spotify's smart algorithms and curation ability to begin providing custom curated playlists to hype up the concert-goer. The Spotify user can start listening to these playlists to get amped-up for the concert.

Many concert-goers get a sense of "post-concert syndrome,” where they could experience the concert again. They may have also missed the chance to buy merch because of large lineups, and want memorabilia to remember their experience and show off to their friends.

Certified fans will receive a badge in their profile that acknowledges their status, so they can display their artist loyalties to their friends.

At the end of the concert, the digital tickets are digitally autographed and saved as memorabilia.

Users can relive the concert experience by viewing a concert setlist, concert photos, and an option to purchase any merch they may have missed.

By improving the ticket purchasing experience, we aimed to help music fans start off their journey with a positive experience that can be carried over to the event itself.

I feel like there is more to explore in the post-concert experience as well – like creating dynamic content from user submitted media, or showing concert video footage. I also want to look into how Ticketmaster and Spotify could promote smaller artists, not just the super-stars, in order to drive ticket sales.